Remote text-editing on Edison with Atom

Recently, I’ve started using Atom, the open-source text editor from GitHub. Since it’s billed as a “hackable text editor,” many 3rd party packages have cropped up that provide additional features. An extremely useful one that I’ve discovered is remote-atom, which allows remote editing via SSH port-forwarding.

So, what’s the benefit? Well, now I can use my new favorite text editor instead of vi or nano to edit files on my Edison. Although the installation instructions are pretty straightforward from the remote-atom documentation, I thought I’d write more explicit ones for the Edison.

Installing the Atom client on your PC

First, install Atom on your PC. Downloads are available for Mac, Windows, RedHat Linux, and Ubuntu Linux. For reference, my PC is a Mac, so I am unsure how much they differ on other platforms.

Next, install the remote-atom package. To do so, go to Atom > Preferences > Install, search for remote-atom, and click Install.

On your Edison, install the remote client, rmate, which is the same executable used for TextMate and Sublime:

Rename the file to ratom:

On your PC, go to Packages > Remote Atom > Start Server. Then, open a SSH connection to your Edison with port-forwarding:

where myedison is the name of your Edison. Note that port 52698 is the default port used when starting the server.

Create a file on your Edison and open it using ratom:

You should now see the same file test.txt open on the Atom client on your PC.

Here’s a snapshot with the Edison SSH window on the left and my Mac Atom client on the right: 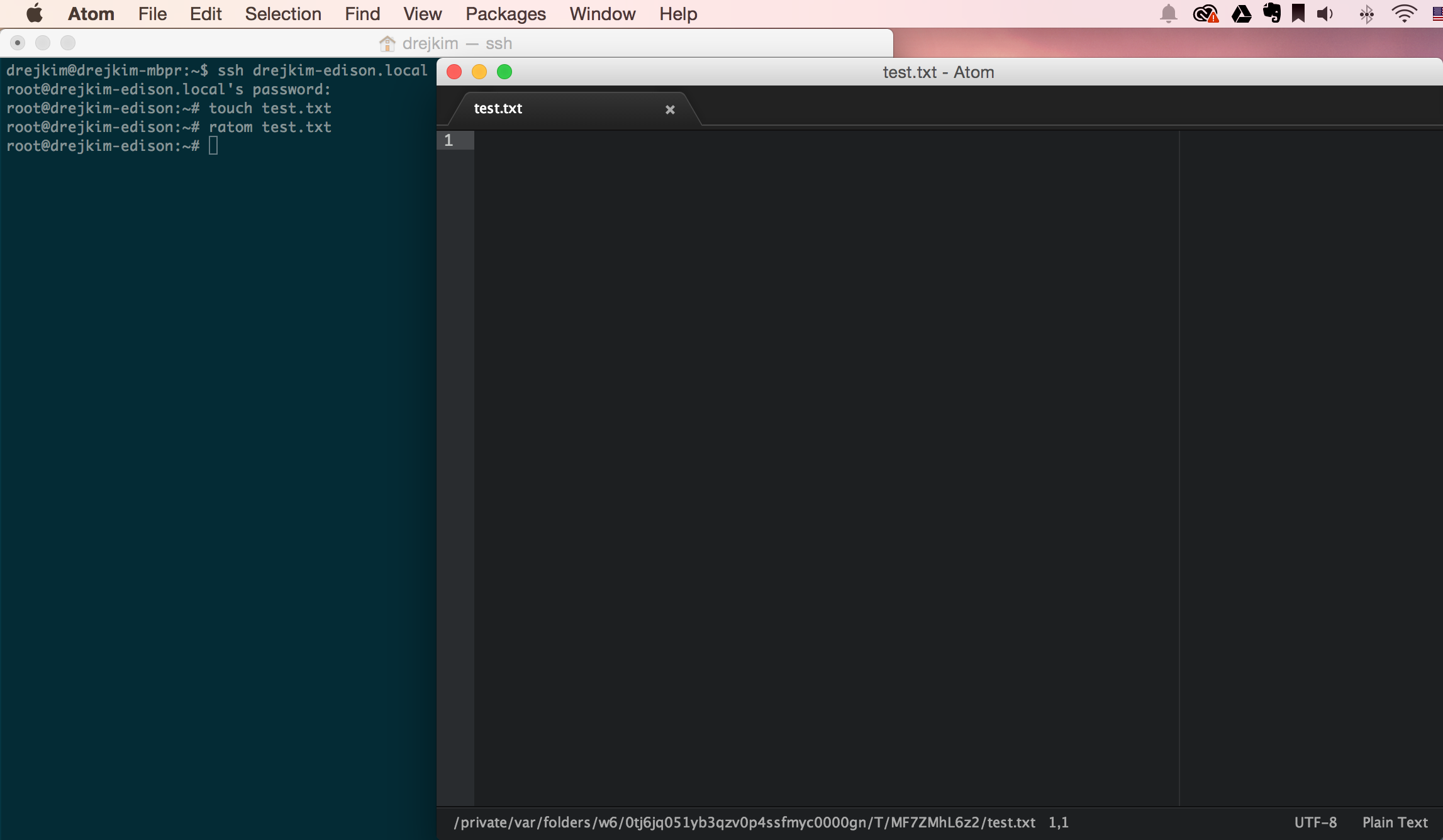 To save time when connecting via SSH in the future, add the following to ~/.ssh/config on your PC:

Now, you can connect using ssh myedison.local, which is a much shorter command!